The Perils of Broadcasting on Autopilot.

Work, although I always pay attention to detail and like to get it right, can often be done on autopilot.....and by that I don't mean that I don't think about what I'm doing, I do, but I do sometimes go into some kind of altered broadcasting state.....if that makes any sense? I'm guessing most people do. For example, you're always careful to pour boiling water from the kettle into the cup safely, though you may be chatting at the same time.....

Well, today I gave myself a mortifying reminder of why I should try NOT to go into this autopilot state.....a reminder that will no doubt haunt me for weeks to come, knowing my colleagues it will probably follow me for months if not years..... I messed up. On BBC Radio Leeds. Just before the 1 o clock news. Sorry Radio Leeds......I really do know that British Airways aren't still be affected by resurfacing work. Really, I do. Sorry. And to make it worse it was a timed bulletin and I didn't have even a second to correct myself. Ooops. Did I mention I was sorry? I'll go and hide now.........oh dear!
Posted by Jayne at 16:05 No comments:

My darling little boy, that is... Now, to me, he is wondderfully bright, articulate and clever but I may just be a little biased. On Friday they did a sponsored walk from school to the local country park, thankfully it was a beautiful day. But on Thursday night I may just have heard him utter the words, 'But why walk? Why can't we just get a coach?'. I'm thinking he may have missed the point?

On a similar note, it wasn't so long ago I spent a rather frustrating hour trying to explain the election to him. I felt I should try, my degree after all is in politics, I should be able to descirbe the basics without too much trouble. Wrong. It's impossible. He's 7. And as much as he did fairly well at understanding the actual concepts, the jargon and terminology just gets impossible. I mean, you can't explain anything without having to explain what you've just attempted TO explain.....candidates, parties (no, no cake or party bags), constituencies, Prime minister, councils, Goverment, House of Commons (no, not that kind of house), Downing St (er, yes that is a kind of house), House of Lords (no, that isn't...) it just goes on and on. Eventually his eyes had glazed over and my head was overflowing so I gave up. At which point he said he thought he got it. But he'd still just vote for his favourite colour, blue. I give up!
Posted by Jayne at 21:41 1 comment: 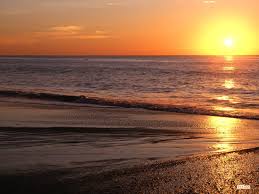 It's been four months since I last posted, wow and what a four months it has been. Thank you to those who have been in touch and commented....that means a lot to me, I'm sorry if I've not shown my gratitude enough. I really do appreciate and feel your support.

So, how are things? .....well, I'm getting there. I'm now back in work after taking 7 or so weeks off at the Dr's advice. I think it did me a lot of good, gave me the space and the time to react to what I was trying to deal with. But now I'm back, that's helping me too. I'm very lucky to work with an inspirational group of people who are there to help and support me when I need them too and make me laugh constantly - they are worth their weight in gold!

I'm amazingly STILL awaiting my first counselling appointment....shocking I know.... I've seen an initial counsellor who has diagnosed me with PTSD (post traumatic stress disorder).....she has referred me onto a psychotherapist....and I'm still waiting. I'm coping a whole lot better than I was, thankfully, but it does make me feel for those who struggle for long periods of time, those who maybe don't have the support that I do.

As for other parts of my life, Harry is getting bigger and bigger...he's 7 now... not my 'little' boy anymore, although in many ways he always will be of course. My separation from my husband is a lot more accepted and stable for the most part. We are all in the same house still at the moment, that won't work long term but for now it's OK. I have a broadened my horizons in terms of work colleagues and new groups of friends and I have points in time now where I really love my life. They come and go, but just to have them feels good......it's a long way from where I was last time I blogged! Life's on the up - hurrah for that :)
Posted by Jayne at 22:44 3 comments:

A selection from my book shelves....